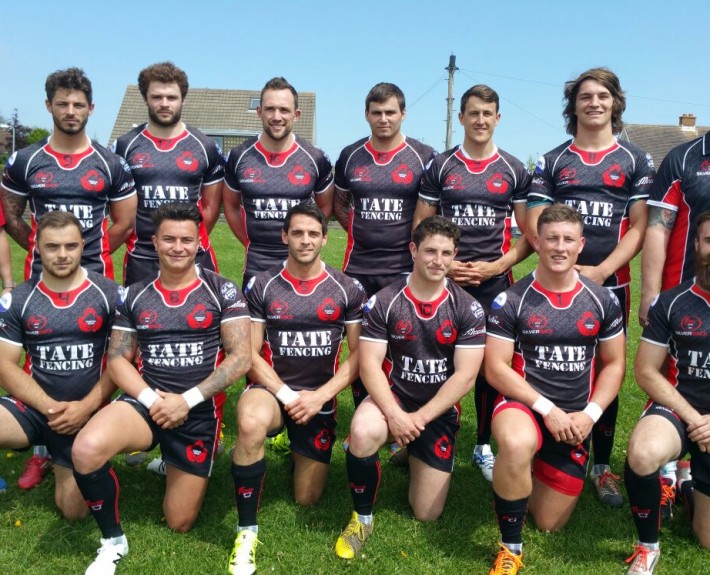 Tate Fencing is proud to announce that we are now the official main sponsors to The Scorpions Rugby 7’s Team.

The team was founded in 1997 by Ian Davies of Chichester University and during the first five years they beat Northampton Saints in Norwich and won the plate competition at the Henley international Sevens. In 2002, the scorpions were taken over by Terry Butler and his main goal was to take the scorpions to the highest level of Sevens. He was partnered by Austen Howells, and together they took the scorpions to one of the top teams in the country. Winning the Henley international 7’s, Bournemouth 7’s, North Walsham national 7s, Marbella 7’s and Worthing 7’s to name a few..

Unfortunately, in 2014, Austen Howells sadly passed away and after a small interval, the scorpions are back on the scene, where through their popularity across the country, they are aiming to return to the top 5 in the country while raising awareness for depression in sports. In support of their goals, the Scorpions have a good following from past and present players. These include Christian Wade (Wasps, England, British Lions), Toby Faletau (Newport, Wales, British Lions), James Hook (Gloucester, Wales, British Lions), Neville Edwards (Sale), Adam Thompstone (Leicester) Karl Dickson (Harlequins), Hanno Dirksen (Ospreys)… The list goes on!

Last weekend they played in the old pens 7s and beat a team ranked in the top 10 in the country by 48-12! So they are back with a statement and look to improve from tournament to tournament led by Elliott Frewen (Aviva premiership 7’s player of the year 2016).

The Scorpions don’t exist without sponsorship and are truly thankful and proud to have Tate Fencing as their main sponsors.

Want to join the discussion?
Feel free to contribute!

Visit us at the upcoming Heathfield Show